When does 'Batman' take place?

Not many may know, but despite the feeling of timelessness of the Tim Burton universe that he created for his Batman movies and which the 1992 Animated Series emulated, the movie is actually set in a specific year. The year is actually confirmed at least 3 times in the movie.
The first time the year the movie is set in is revealed is when we are introduced to Vicky Vale. Take a look at the headlines in Gotham Globe that she's reading. One of them mentions Mexican President Miguel Aleman being hailed on American Parade. That event happened during Motorcade parade in 1947 when President Truman and U.S. gave President Aleman a very warm welcome 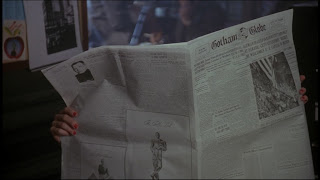 The second clue can be found in another newspaper in which the headline says "Universal Service urged by Truman in Princeton talk: President speaks from steps of Nassau Hall at the Close of Bicentennial festivities" . Of course this event also happened in history. The closing days of Princeton's yearlong Bicentennial celebration, the final weekend of which, from Reunions through Commencement, saw Princeton hosting a remarkable collection of people and events -  President Harry S. Truman delivered a national address from the steps of Nassau Hall during Commencement in 1947.
The third clue can be found in the very same newspaper, in another headline saying:  "Mayor Hague Ends 30 years in the Office". Frank Hague was a mayor of Jersey City from 1917 to 1947.
The newspaper also mentions Ferenc Nagy as Hungary's Prime Minister. Nagy was elected for this title in 1947 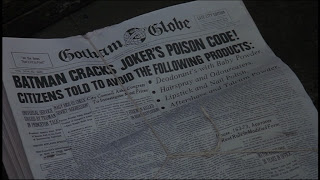 Also, the date on the newspapers doesn't reveal the year but says "November 7, Friday". November 7th fell on a Friday in 1947
All this is visually confirmed by the look and architecture of Gotham City which represents the Industrial Era America, 1940s in particular 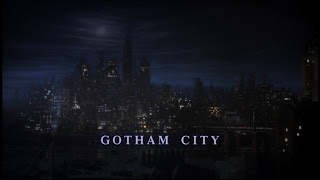 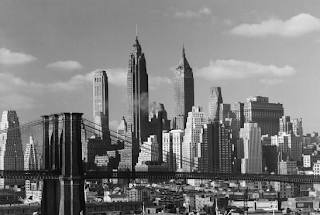 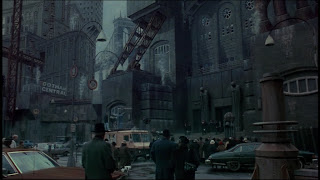 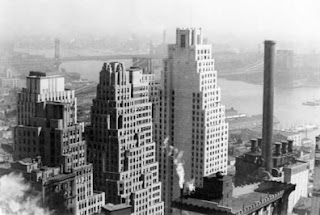 Anton Furst, the designer: We imagined what New York City might have become without a planning commission. A city run by crime, with a riot of architectural styles. An essay in ugliness. As if hell erupted through the pavement and kept on going' (Time 1989)

The fashion also represents that certain time period, with everyone wearing hats and clothes from the Al Capone era. 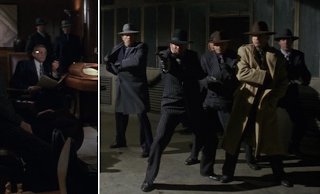 Most of the technology reflects it as well if you take a look at the microphones, typewriters, cameras 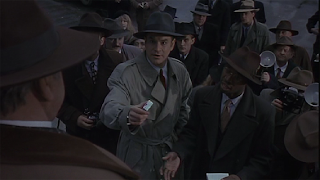 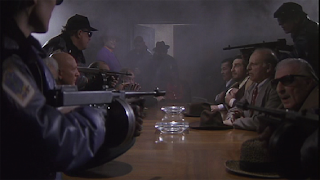 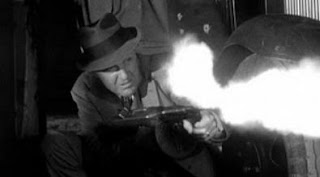 Even the machine gun in the Batmobile ,Browning M1919, is an old gun used during World War II and also in latter decades 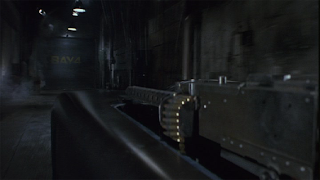 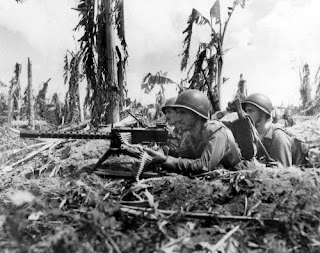 Of course there's no shortage of surreality in Tim Burton's movies, and the time frame is no different. While the movie is set in 1947, there are elements in it placed from a completely different time period that stick out yet are fully accepeted. One of such elements is Vicky Vale who represents the contemporary times, 1980's in particular. With her clothes and style she is very unlike the 1940's women presented in the movie. For example, Alicia and other women are presented as perfectly matching the timeframe with their appearances like makeup, clothing and fashion 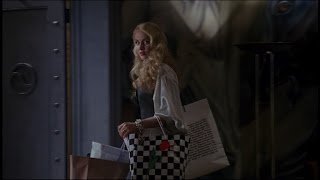 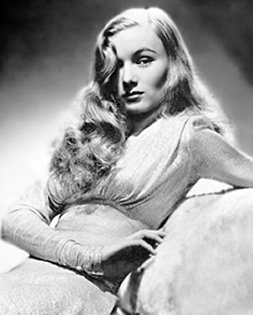 Vicky is an outside element who fully represents the 80's 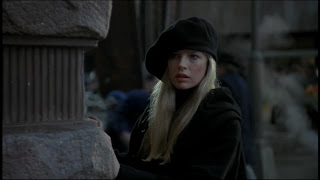 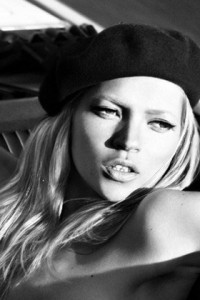 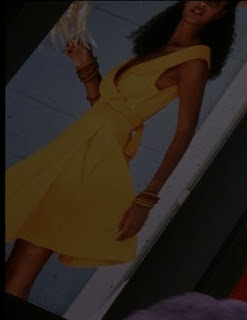 She is truly a relict from the future and even her accessories come from the 80's, such as her Nikon camera or her phone. The interesting thing is that she's actually only a visitor in Gotham , and she comes from someplace else.
Then there are cars from the 1970's and 1980's such as Plymouth police cars, and some weapons from 50's. Small audio tape recorders and 80s Prince music are also present, which all create a surreal mix of various elements from different eras mixed in together

To add to the confusion, even though the world is that of 1947 and gets through the same historical events as the world did that year, and experiences the same fashion trends and looks, the year is actually 1989 -  that is the date given on the Wanted poster handed out by Lt. Eckheardt 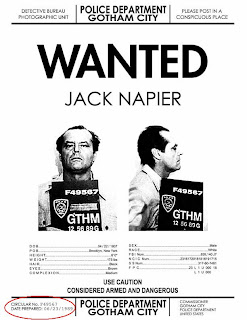 c
To sum it up, as one of the posters said, its like if 1947 somewhat existed in 1989. It's pretty much 1947 with elements of 1989, not the other way around. As a side note, there's another clue to the actual time on the CIA files that Joker got his hands on. It states the the nerve gas has been discontinued in 1977 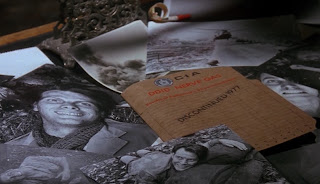 Posted by GothamStreets at 1:14 PM